Take I-110 south to the end. Follow signs to “Beaches” and Port of Pensacola. You will come to a traffic light at Bayfront Pkwy. (the bay is right in front of you)  Turn RIGHT onto Bayfront Parkway. You will see a marina on the left. The very next street you come to Barracks Street. Turn LEFT onto Barracks, and take the second parking entrance to Fish House restaurant. Follow to the parking area behind the restaurant and then take the first gated ramp to the docks. Our floating office is just inside the gate. The gate code changes frequently so please call and we can let you in. 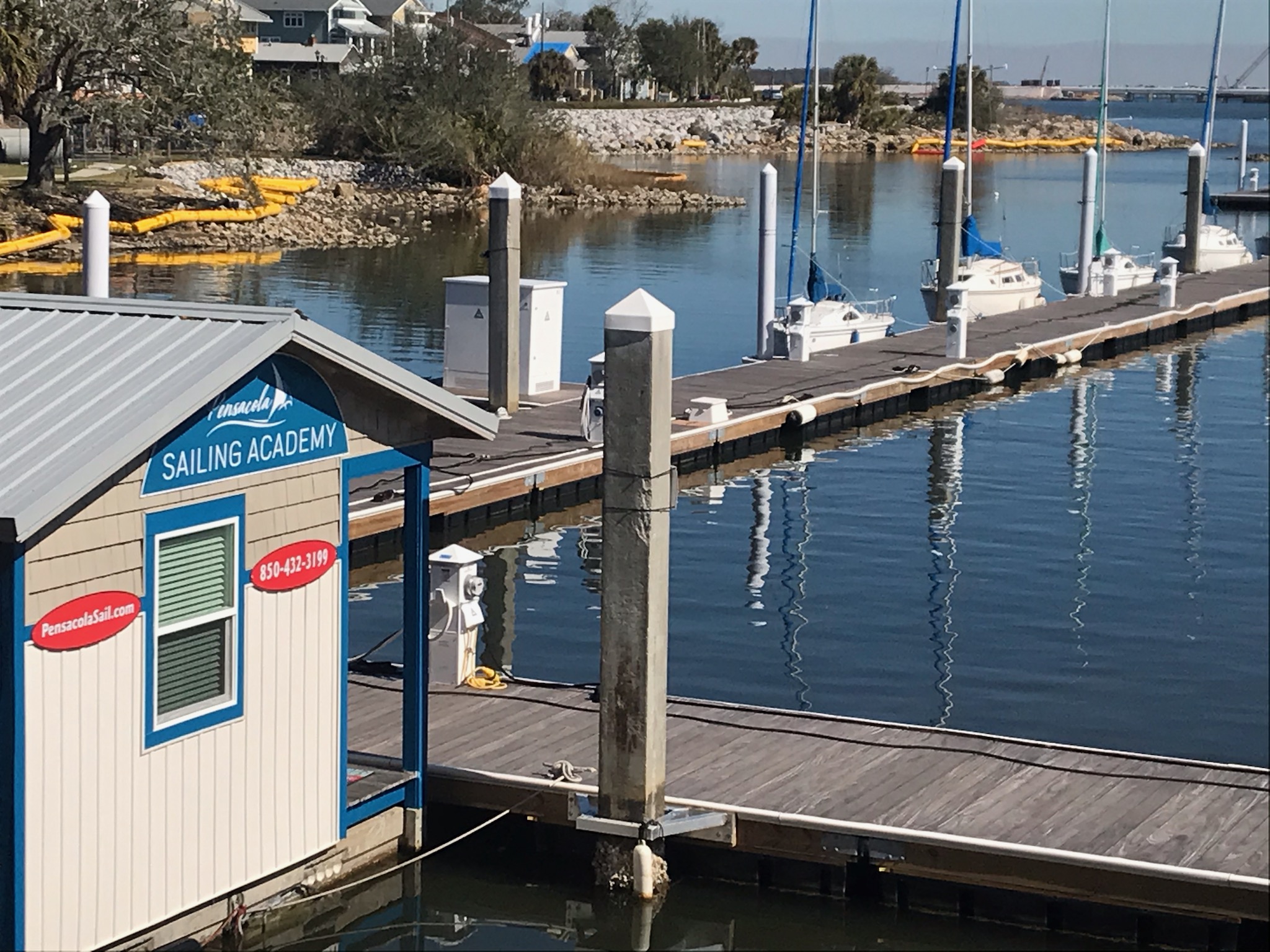 John and Kathy Struchen (ASA certified Sailing Instructors qualified to teach ASA 101 through 106) have been sailing for a combined total of over 50 years. Since 2001, they have spent a lot of their time sailing in the Florida Panhandle as owners and operators of Pensacola Sailing Academy (formerly Lanier Sailing Academy) on Pensacola Bay. As American Sailing Instructors they have won the Outstanding Instructor of the Year Award a total of seven times!   Together they have sailed in Mexico, Belize, Turks & Caicos, Miami, the Florida Keys, Lake Michigan, Grenada, St. Vincent and the Grenadines, and the British Virgin Islands. They have explored the Gulf Coast from New Orleans to Fort Myers.  They also lived aboard their Beneteau 393, “ Splendid Adventure” for several months, crossing the Gulf of Mexico and cruising up and down Florida’s west coast.

In addition to teaching, the Struchens have also done their share of interesting captained charters. Shortly after Hurricane Katrina, John and Kathy were hired by National Public Radio to sail a reporter team from Pensacola to New Orleans. Each day, stories were recorded, edited and broadcast from the boat as NPR talked about the effect of Katrina on people living on the coast. The couple also got to sail with Adam Cort, the Senior Editor of Sail magazine. At the invitation of John and Kathy, Adam came to the Pensacola area and experienced first-hand the natural beauty and great sailing waters of the Gulf Coast (see the May 2011 Sail magazine article). They also had the pleasure of having the Cruising World Editor, John Burnham visit for a sail in March 2007 (see February 2008 article in Cruising World) .

Not only do they love to sail. The couple also enjoys scuba diving, gourmet cooking, and eclectic music. Their idea of a “perfect day” ends anchored along an unspoiled beach…tunes playing on the stereo… a glass of wine in the cockpit…and a content sigh as the sun sets on another beautiful day. 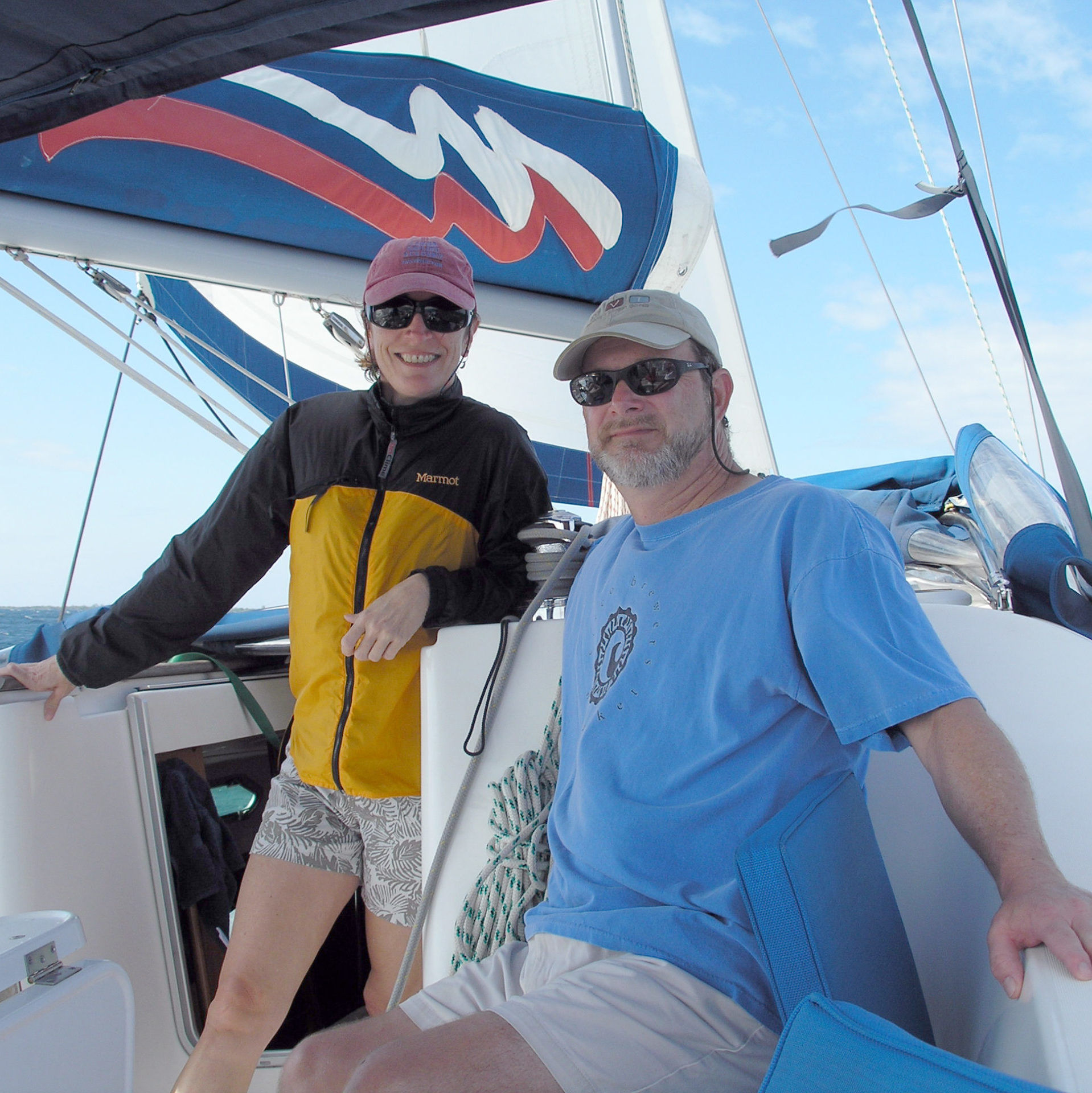 Chris Fields has lived on the water his entire life. Growing up just a few miles from Pensacola he started exploring inland waterways as soon as he was old enough to leave home alone. After many long self-powered adventures onboard kayaks and canoes he hung up his paddles for College, the Appalachian Trail, and a career that took him around the world.

Chris settled back down in the Pensacola area in 2012 and began sailing with Pensacola Sailing Academy with his first ASA Basic Keelboat class in 2018. After receiving his ASA 101 Certification he single-handed aboard our Capri 22s and Catalina 25s on the bay. Chris is an enthusiastic instructor with a laidback approach to life and an insatiable appetite for learning and teaching new skills. 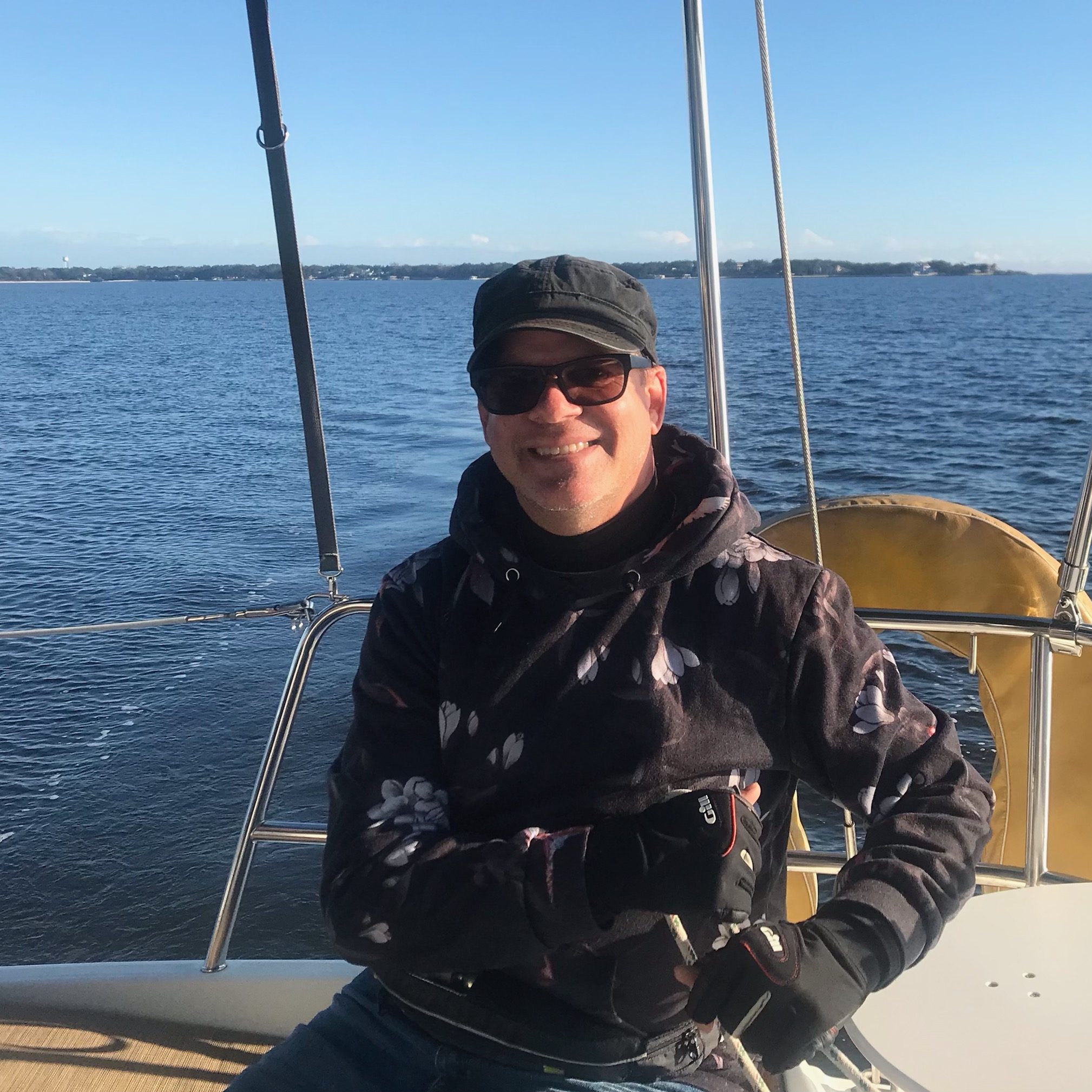 Braxton Page has always been drawn to the water.  This adventurous young man grew up in Perdido Key and began his sailing at the age of 7.  On his first outing, the boat capsized and he was launched through the air, into the sea.  He was hooked!  As a teenager he taught Hobie Cat sailing to Boy Scouts and spent a summer in the Florida Keys at the Scouts Sea Base. In addition, his building and construction experience with his father has proven quite valuable in maintaining the boats and he is a great asset to the Academy.

Braxton’s calm demeanor and love of sailing makes him a natural teacher.  We are excited to help him continue to add to his skills and adventures on the water! 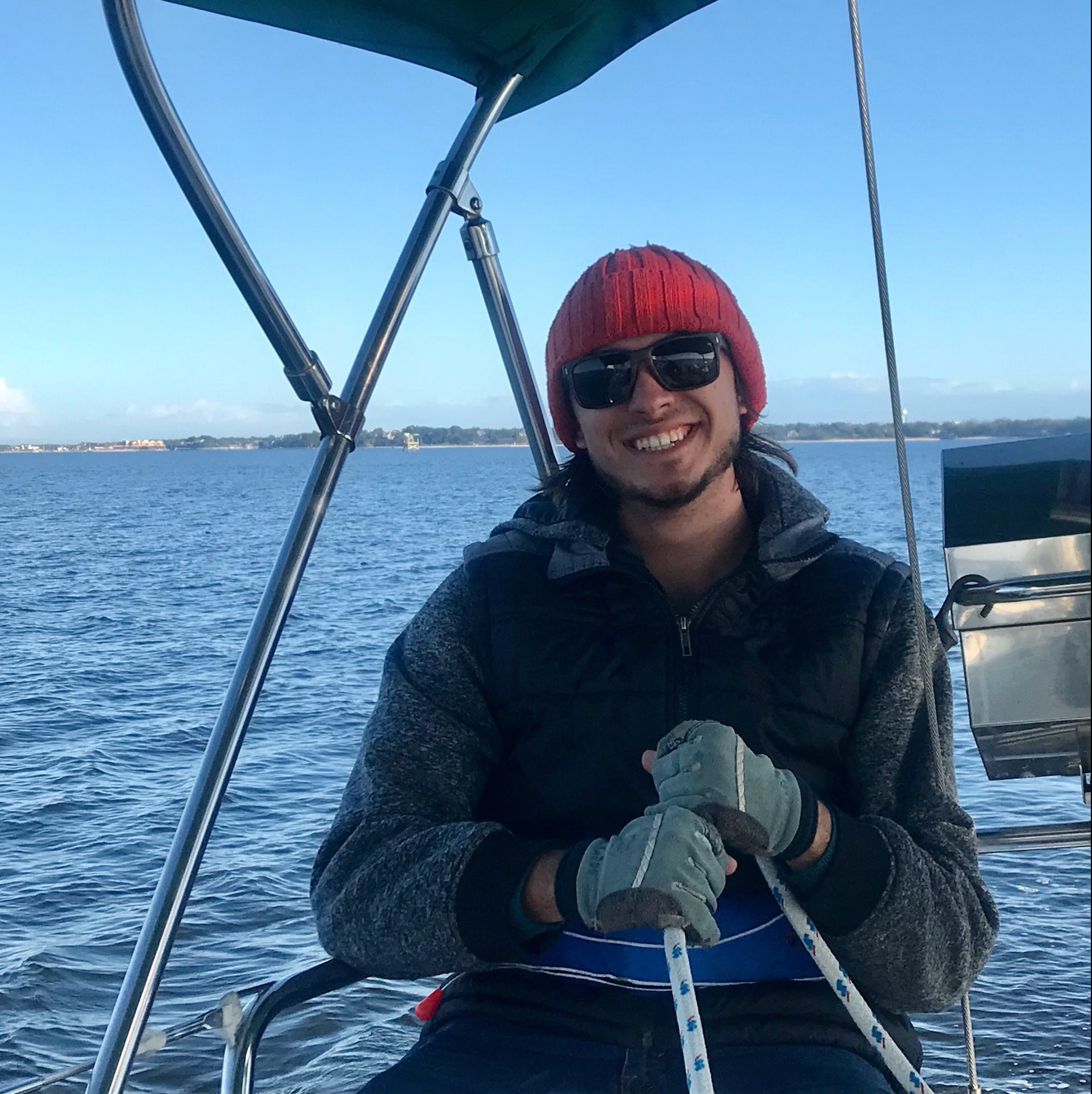 Captain Lacey has been sailing and teaching since 2018.  She has sailed extensively throughout the Florida Keys and lower Chesapeake Bay.   In the Keys, she guided numerous Boy Scout crews through their week-long adventure by providing sailing instruction and leading ecology talks and tours.  As a leader of a Sea Scout ship in Norfolk, VA she oversaw scouts sailing progress and Captained 40 foot Morgan yachts during week-long cruises in the Chesapeake.

Captain Lacey’s passion for teaching and the sea also extends into other areas of her life.  Currently she is working towards a Master in Biology from the University of West Florida.  Her research is focused on seagrasses in Santa Rosa Sound.  Besides sailing, she enjoys scuba diving, gardening, and cozy evenings in with a good book. 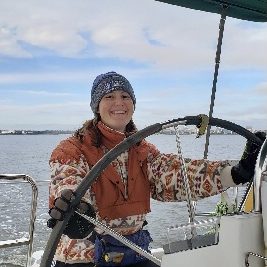 Bryce Austin Bliss (ASA certified Sailing Instructor qualified to teach ASA 101) has been sailing for over 10 years, & has 20 years experience aboard powerboats. Since 2010, he has spent a lot of his time sailing on the East coast of Florida as well as the Florida Panhandle as a USCG licensed captain aboard all types of vessels. He has been teaching since 2016 and has delivered/instructed aboard numerous vessels, ranging from 20 – 60 feet. He has covered nearly every coastline in the Southeastern United States as well as the Caribbean islands of Abacos & Bimini in the Bahamas, and the British Virgin Islands. From overnight transits to commutes against the clock, his key is efficiency and safety. With a father that raised him for the majority of his life in the marine industry on the East coast, he has a very keen eye for the water & wind!

Bryce not only enjoys looking for adventure but he also enjoys watching those around him grow and prosper. His way of teaching not only makes those involved enjoy the time aboard, but he also works very well in almost any given situation. “Comfort and safety is the key to safe passage.” –Captain Bliss

All in all, he enjoys many other activities like Surfing, Fishing, Spear fishing, Wakeboarding, motocross and traveling to other tropical locations! From Central America to the Caribbean Sea, this young lad is always on the move looking for a new challenge. What might the next one be? 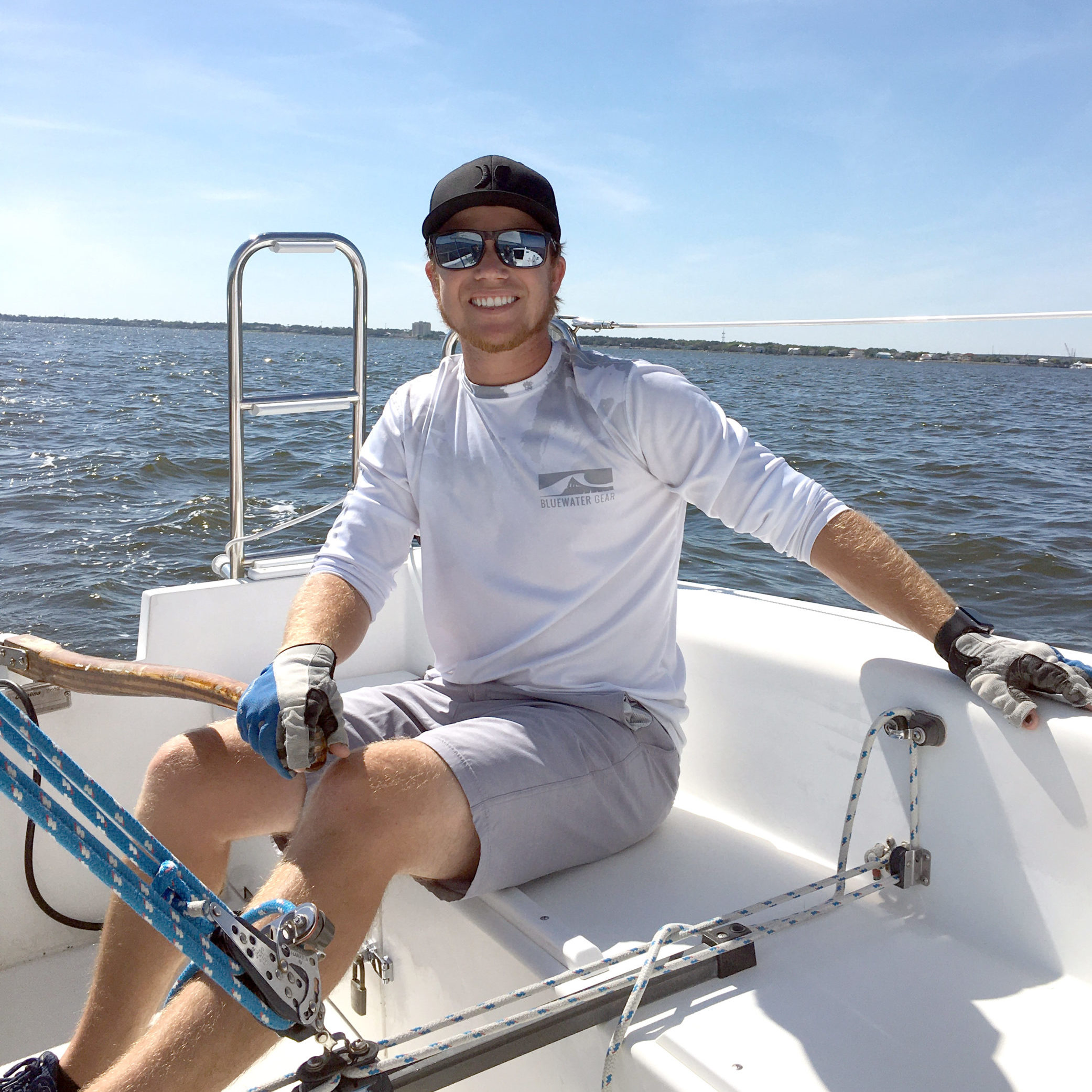 Darrin Trapani grew up on the southern waters of Louisiana; spending most of his time on multiple types of boats. Moving to Pensacola, Florida in 2007, he has been sailing the Pensacola Gulf Coast for over 13 years and has been teaching sailing since 2010. He is certified in basic keelboat, coastal cruising, bareboat charter and navigation and holds a U.S. Coast Guard Masters Captains license. He has sailed the Gulf of Mexico waters from Louisiana to Florida. He has also chartered throughout the Caribbean, including the British Virgin Islands, Grenada, and St. Vincent & the Grenadines. He has a passion for boating and sailing and enjoys imparting his acquired knowledge to others so they can embark on their new journey. 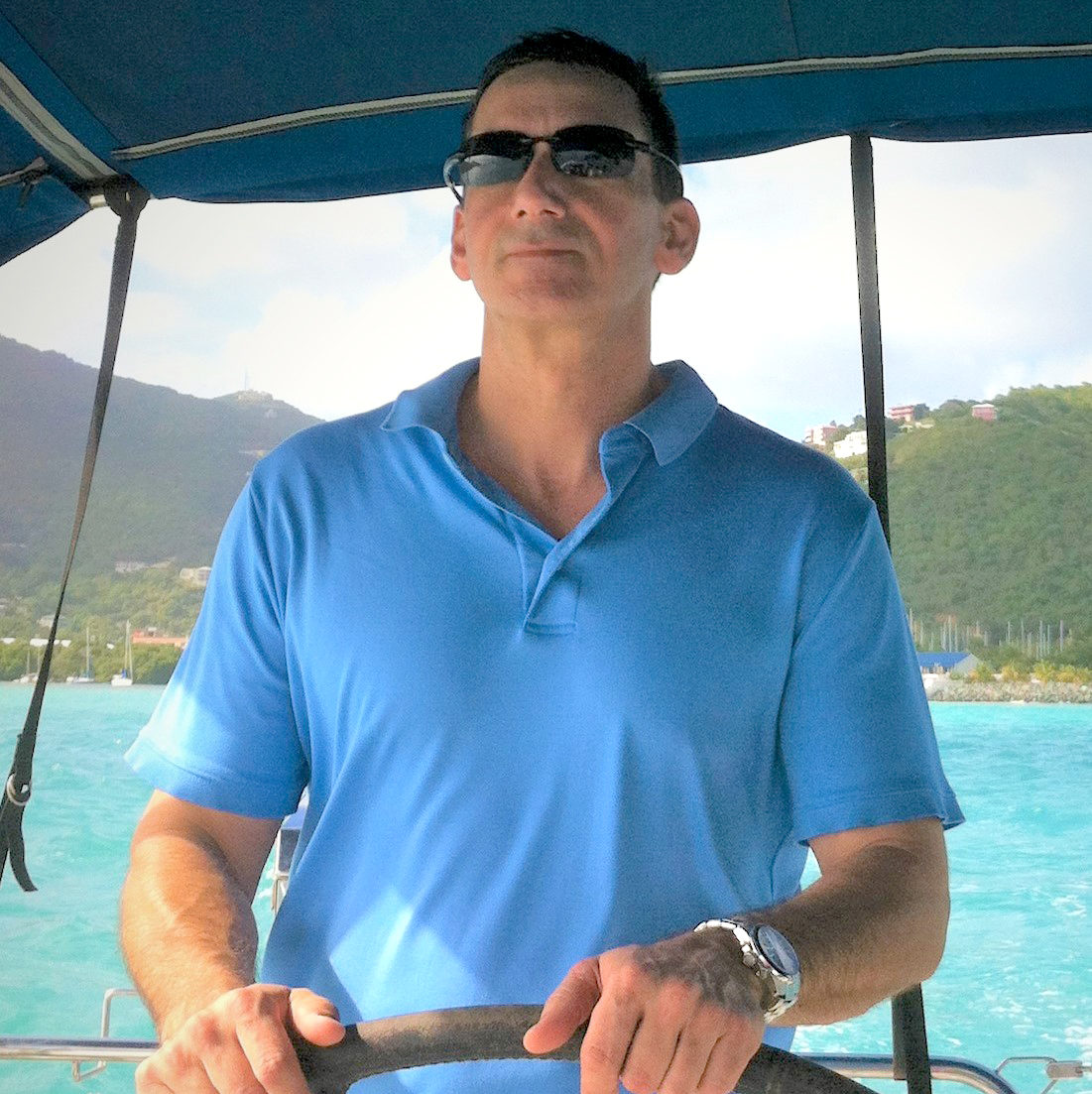 Capt. Ron Rose (ASA certified Sailing Instructor qualified to teach ASA 101 – 105) has been teaching for 26 years. He has received several Outstanding ASA Instructor of The Year honors.  He holds a 50 ton USCG Masters License. He has managed a major sailing school; was a partner in a successful Sail Charter business and in a prior life was corporate training organization manager.

Captain Ron has done some racing, but is a cruiser at heart. A Virginian, he earned his early sailing stripes on the Potomac River and the Chesapeake Bay. His cruising experience includes the Chesapeake Bay, Penobscot Bay, the Virgin Islands, Belize, and Florida’s western Gulf Coast. For the last 17 years most of his time has been spent exploring the Gulf Coast from New Orleans to Apalachicola. Besides his enthusiasm for sailing, Ron enjoys introducing his students and crews to the beautiful white beaches, the vast inland Bays and Bayous as well as Pensacola’s rich history from the time of the Spanish Main to the Navy’s Blue Angels. 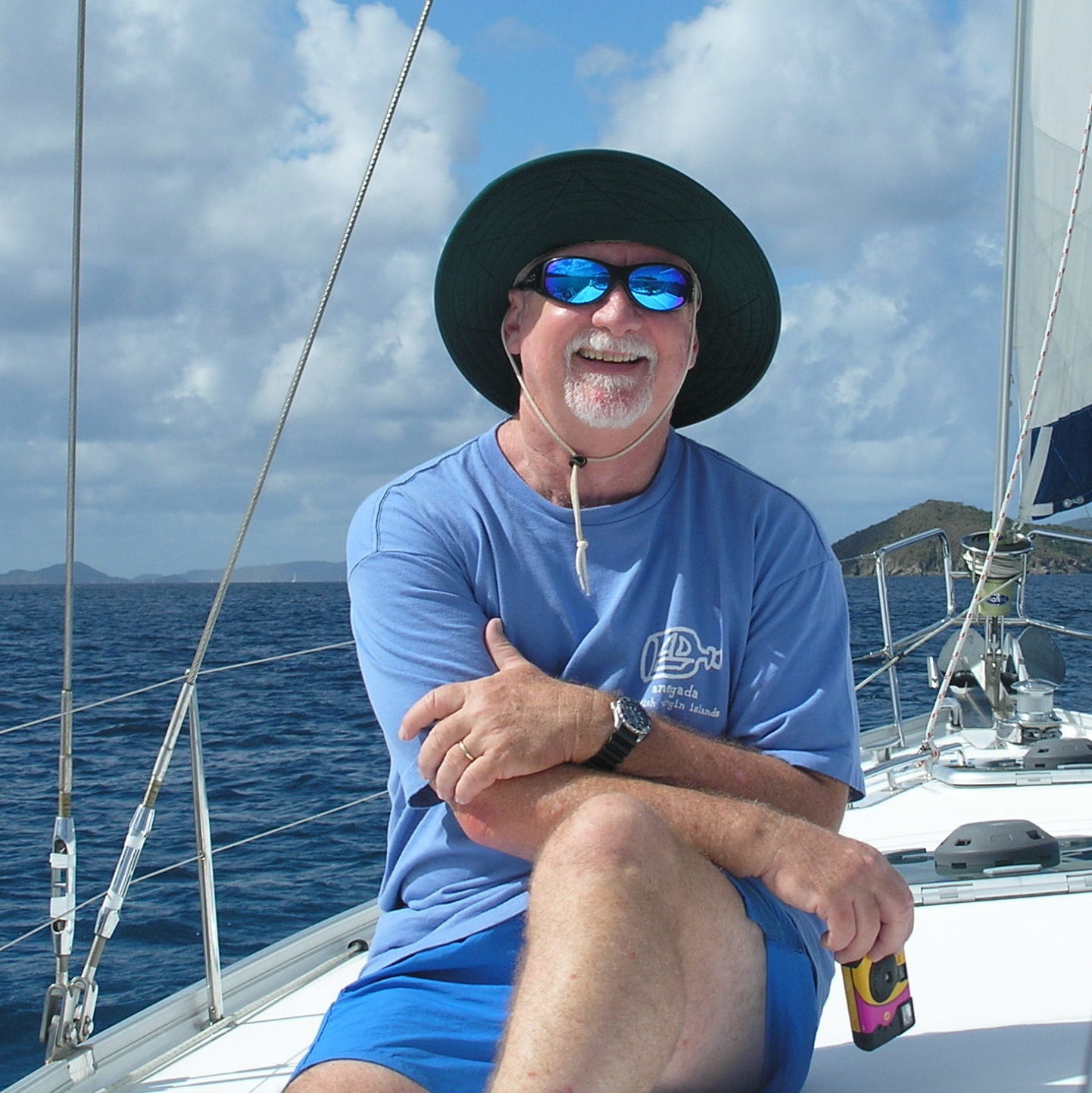